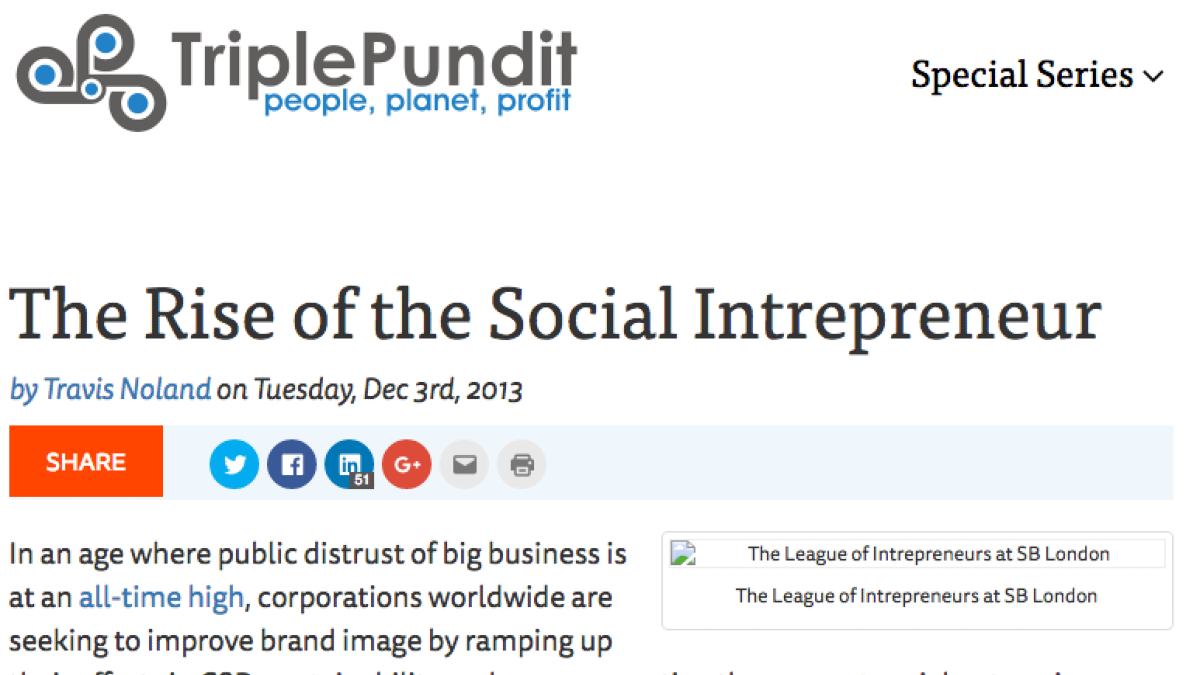 PRESS
The Rise of the Social Intrepreneur

TriplePundit's own office, The HUB San Francisco, is home to countless former corporate employees turned social entrepreneurs. Take Jason Rosado, who left a successful 13-year banking career with two major Wall Street banks to launch Givkwik, which develops web-based tools and services that make it easy for both businesses and the average Jane to give to nonprofits they believe in with the click of a button. While Givkwik is gaining significant traction as a startup venture in San Francisco, imagine if Jason's venture had been developed through the banks with whom he worked.

Now consider how his former employers might have benefitted from harnessing Jason's entrepreneurial initiative. "I remember coordinating brown bag lunches four years ago talking about mobile devices would change the banking industry and identifying ways that we could creatively enter the market," Jason recounted. "Even though the business cases were clear as day, I had to spend time negotiating egos, territories and tradition. They claimed to like the ideas but I was told that it just did not fit into their priorities for risk tolerance and capital planning." Now, smaller mobile technology companies are eating up market share that these banks could have owned. One can't help but wonder where these banks would be today had they provided more support for Jason's concepts. "It was like trying to move a cruise liner rather than a small boat." The result: Jason jumped ship and is now well on his way to changing how the world gives to good causes.

Jason's experience serves to illustrate the central reasons that corporations often miss the opportunities to capitalize on their most promising means of creating positive impact in the world. They are slow to move and do not often exhibit the entrepreneur's hefty appetite for risk. As Jason explains, "It requires a politician to rally the support of champions in leadership positions across the company in order to create any significant headway."