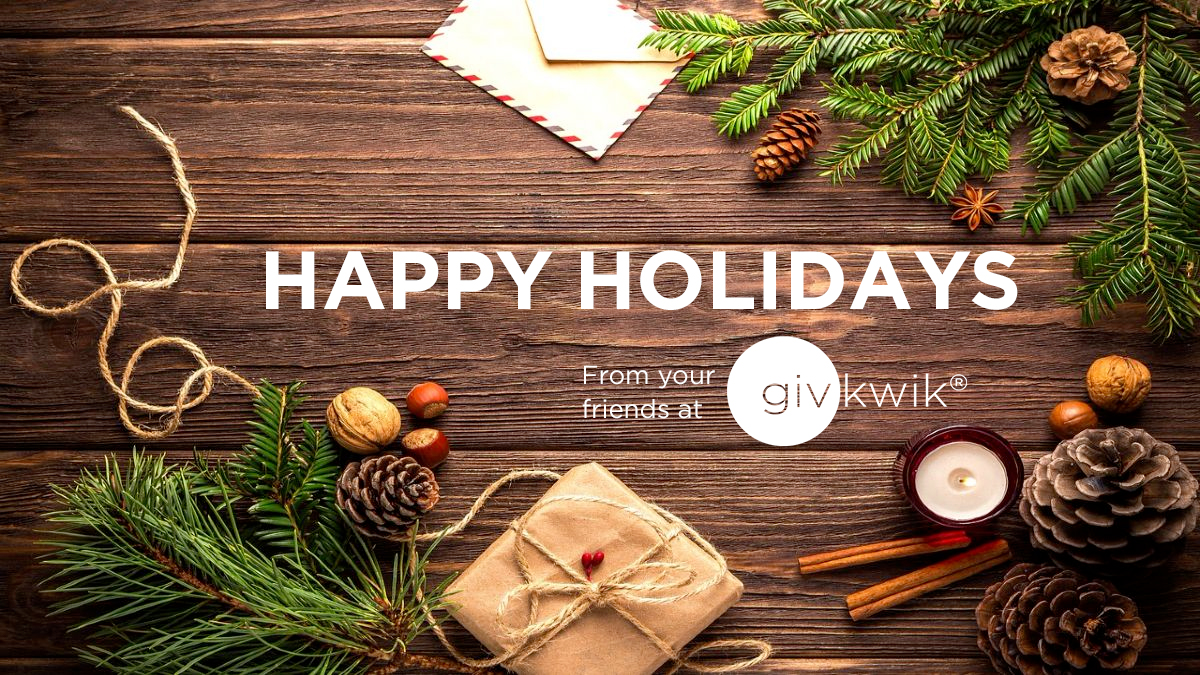 Happy Holidays! We've got a bunch of good reading for you while you are roasting chestnuts over an open fire or sitting back and enjoying some latkes. Without any further ado, let's get started.

Forbes highlights some interesting developments at the intersection of philanthropy and medical research. The Chan Zuckerberg acquisition of a company using "artificial intelligence to analyze new scientific knowledge as it's published," IBM/Watson's work with AI in oncology research, and Sean Parker's work "hacking cancer" (to name a few) are showing how philanthropy can be a fast-moving tool for public health innovation.

Also in Forbes, another version of a story that almost becoming cliche (but in a good way, of course), a recent survey again proves that Millennials prefer purpose over profit when it comes to the companies they start or work for. Read more here.

The founder of the Giving Pledge, Olivia Leland, along with Richard Chandler, Bill & Melinda Gates, Jeff Skoll, Romesh & Kathy Wadhwani, and The Rockefeller Foundation recently announced the launch of Co-Impact, a new effort in collaborative philanthropy that brings together donors from across the globe to drive large-scale results for millions of people across the developing world. Read more here.

Here's a cool story at Engadget about how the UN is using Virtual Reality (VR) as an "advocacy tool for vulnerable communities across the world." Imagine putting on goggles and immediately experiencing what it looks and feels like to live in a Syrian refugee camp, or to survive Ebola in Liberia or a bombing in Gaza. VR is increasingly being used as a storytelling method for generating empathy.

Speaking of storytelling, there's a new TED Talk gaining steam from the head of the great nonprofit WITNESS about how smartphones and cameras are powerful tools for capturing incidents of injustice.

Speaking of gaining steam, Giving Circles are increasing in popularity and in articles being written about them. Here's a good one in Huffington Post and another in a Michigan business journal. Giving Circles are a way for groups of people to come together and give collaboratively. Not coincidentally, we at Givkwik have been long on Giving Circles for quite some time, and launched our first couple of circle software instances this year. If you're interested in setting up a Giving Circle for your employees or friends, let us know!

From the Statistics and Numbers Department, 3BL hipped us to a recent report from the Business & Sustainable Development Commission, that indicates that achieving the UN's Sustainable Development Goals could open up an estimated US$12 trillion in market opportunities in four economic systems: food and agriculture, cities, energy and materials, and health and well-being. Also, Chronicle of Philanthropy has 5 numbers to know in 2018. One verrry interesting number - 450%, which is the growth in one year of the Goldman Sachs Philanthropy Fund with contributions to the fund increasing from $580 million in 2015 to $3.2 billion last year.

From the Really Cool Idea for the Holidays Department, check out this video on The Verge on what you can do with all those Amazon delivery boxes that might be piling up in your home! Another cool idea is this article in the New Yorker about Bail Bloc which uses your hard drive to mine cryptocurrency to generate funds to help support the Bronx Freedom Fund, which helps poor people who can't afford to pay bail and helps them avoid remaining in jail until the backlogged court system is able to try them or pleading out. According to the Fund, "92% of defendants who stay in jail until the end of their case because they can't pay bail will plead guilty, forfeit their constitutional right to trial, and likely go home with a criminal record."

Finally, from the Get Your Applications In Before The Deadline Department, our friends at Engage for Good have opened up the submissions for their Halo Awards, "North America's highest honor for corporate social initiatives and cause marketing and showcase successful consumer engagement and employee engagement efforts." Also, our friends (we have many!) at Civic Hall just opened the application period for Delta.NYC which seeks "to bridge the digital divide between the technology and public interest sectors" in NYC.

That's it! Lots to read and learn this week. We would love to know your thoughts on any or all of these interesting tidbits of information. Stay in touch with us more frequently by signing up for our newsletter in the footer below or hit us up on twitter: @givkwik