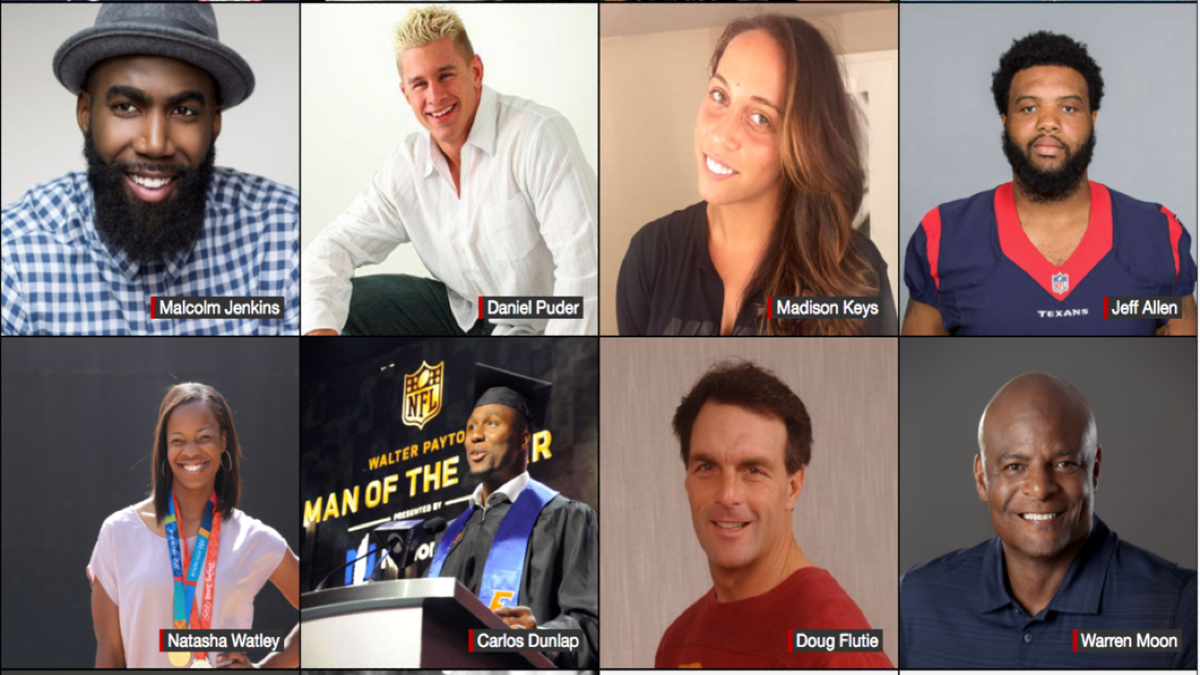 A Heisman Trophy winner tackles autism. An Olympic softball player brings her game into the inner cities. Another Olympian opens doors to more ice skating in Detroit. A former MLB player and coach strikes out bullying in the schools.

These are just a sampling of the amazing stories that inspired me when our team at GivKwik worked diligently over the past several weeks to launch the 2017 All Stars of Giving campaign with All Sports United and the campaign's newest partner, xocial.

In the campaign, over 30 different professional athletes and sports personalities want you to join their respective teams to raise awareness and dollars for their designated charities. Well-known athletes and personalities like Doug Flutie, Boomer Esiason, Malcolm Jenkins, Hannah Storm and Jim Furyk are competing alongside Olympians Meryl Davis, Natasha Watley, Bethanie Mattek-Sands, Cullen Jones and many others. Great nonprofit organizations stand to benefit from your participation like: Classroom Champions, USA Swimming Foundation, St. Jude's Children's Hospital, to name a few.

All of them are calling on their fans and supporters to join them in making a difference for their favorite causes and to help one of them win All Sports United's Humanitarian of the Year award and a $10,000 grant for their designated causes. Past winners of the award include Tony Stewart of NASCAR, Olympian speed skater Allison Baver, Matt Light of the New England Patriots and Israel Idonije of the Chicago Bears.

It's the fourth year that our team at GivKwik has worked with All Sports United to be the lead technology platform for the online engagement campaign and we are excited by the progress the platform has achieved. When we started thinking about this year's campaign, we had just completed a successful GivingTuesday campaign in NYC with xocial at the end of 2016 - www.giv.nyc - and loved worked with them. All Sports United loved the idea of increasing fan engagement through additional challenges and gamification, and so the three of us we were off to the races. Here's how it all came together.

First, we put up a nomination page, powered by GivKwik, where anyone from anywhere could nominate their favorite pro athlete or personality for their philanthropic achievements and All Sports United promoted the nomination page through their extensive social media community and network of professional athletes. From casual fans to player representatives, we received hundreds of nominations from across the sports world.

Next, we created an internal administrative web application for the All Sports United team to review the nominations and then invite a curated group of candidates to submit more robust applications detailing their work in the community. Each candidate was asked to provide basic information about their philanthropic work, designate a specific charity with which they would align their candidacy, answer a few questions as to why they're motivated to do the work they do, and provide images of themselves to include in the campaign. GivKwik's software helped the All Sports United team review the submissions and provide final invitations to the final candidates for their inclusion in the campaign.

Next, we re-engaged our integration with xocial to determine how the actions of individual users in the campaign such as donating, favoriting, and joining teams could be counted as points towards a team goal of raising enough points to be included as a candidate in the final round of ten All Stars. This also means that fans have a chance to be recognized as top supporters on xocial's fan leaderboard on each nominee's profile page. This creates excitement with the fans, since they can receive status and recognition in the process of participating. The GivKwik team was really excited by this idea since we've long considered the future of online giving to be more community-oriented - and where is that more evident than in pro sports teams and the fans that love them?

We've long considered the future of giving to be more community-oriented - and where is that more evident than in pro sports teams and the fans that love them?

Finally, we applied some recent enhancements of our own giving platform, such as better visual story-telling, user account profiles, and group mechanics, to improve the overall user experience for the campaign. The result is a now-live campaign that is finding new ways to engage sports fans in raising awareness and money for important causes across the nation. More than anything, though, I'm most excited by the spirit of teamwork we demonstrated by bringing a team of 32 celebrities, 3 web platforms, and 3 organizations/sponsors together to make a difference in our communities.

I sincerely hope you will visit the All Stars of Giving campaign and share the link with your friends, most especially your children. With so much negative news out there these days, especially about sport stars, it's always good for our youth to see true role models in action. For even more information, read All Sports United's press release here.