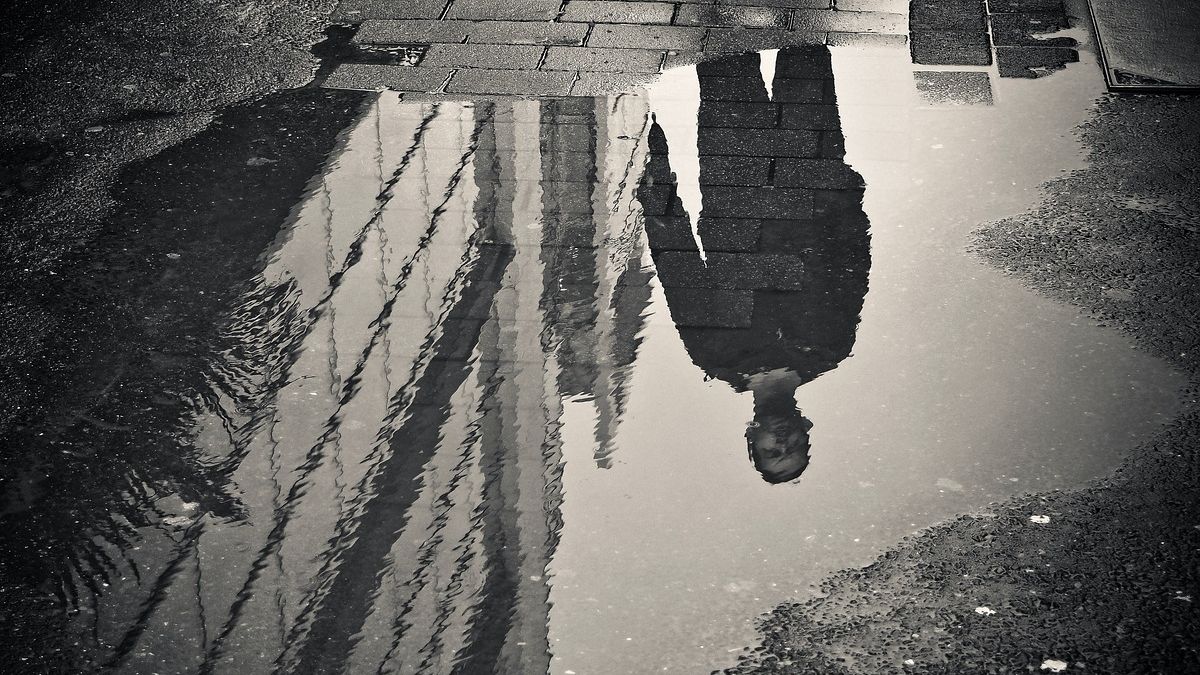 One show you should add to your next Netflix binge session is Black Mirror, a British television series created by Charlie Brooker. Each episode has a different cast, a different setting, and even a different reality and they're all set in the not-too-distant future. Think of it like Twilight Zone meets The Matrix. But the twist is that while each episode reflects how we're living today, they typically explore the unintended consequences of how we - as a society - are embracing technology to "improve" our lives.

Dystopian future scenarios have been all the rage since Orwell predicted how Big Brother would control our lives in 1984 and The Matrix made us all wonder whether we're just living in one big computer simulation. But Black Mirror feels strangely even more real to me, because the stories about the not-too-distant technology driven future are just so plausible.

For example, take "The Entire History of You." In this episode, the main character belongs to a portion of society that has implanted a device, behind their ear, that records literally everything they see and hear. Using a remote device, the users can play back their memories directly to their eye or to a video monitor. As an unintended consequence, the main character is able to really analyze the tiniest of details of his human interactions with people, discovering subtle social cues that weren't immediately apparent to him when they occurred in real-time. This leads the character to obsess about these same details and uncover a previously-hidden scenario that upends his entire life. In reality, the technology that supports this story is not far from reality (save for the implant behind the ear). A successful crowdfunding campaign from 2016 for a camera that promises to record your entire life reached nearly 500% of its fundraising goal. Presumably those devices are now in production and starting to become available.

In the episode called "Nose Dive," from last season, the story imagines a future where social media has gone off the rails and fully influences how humans interact with each other "off-line." In this fictional future world, people rate each other from one to five stars based on every interaction they have with each other. The ratings are gamified and publicized and it creates a new type of societal pecking order that dictates everything from who employees socialize with in the office environment to whether or not a consumer can purchase a flight to a distant destination. In a situation of truth mimicking fiction, China announced in 2017 that its Social Credit system would go live in 2020.

Imagine a world where many of your daily activities were constantly monitored and evaluated: what you buy at the shops and online; where you are at any given time; who your friends are and how you interact with them; how many hours you spend watching content or playing video games; and what bills and taxes you pay (or not). It's not hard to picture, because most of that already happens, thanks to all those data-collecting behemoths like Google, Facebook and Instagram or health-tracking apps such as Fitbit. But now imagine a system where all these behaviours are rated as either positive or negative and distilled into a single number, according to rules set by the government. That would create your Citizen Score and it would tell everyone whether or not you were trustworthy. Plus, your rating would be publicly ranked against that of the entire population and used to determine your eligibility for a mortgage or a job, where your children can go to school - or even just your chances of getting a date.

Scary indeed. Despite the convincing nature of futuristic story-telling in the form of Orwell, The Matrix, and now Black Mirror, history is not only repeating itself but mimicking our worse-case-scenario fiction.

All that being said, I made a good friend on a farm this past summer who upon hearing of my fascination with Black Mirror, asked "but what about White Mirror? Why does every vision of our future need to be so dystopian and negative? What are the unintended positive consequences of good technology?" And so since then, I often ask myself that same question. How could scary technological scenarios be turned on their ears to make the world a better place?

Here are three White Mirror examples of technology being used for good.

The United Nations is using Virtual Reality as a tool for building empathy and deeper storytelling which, "places viewers alongside a 12-year-old girl in a Syrian refugee camp; brings them into the world of an Ebola survivor in Liberia; and takes them to a home in Gaza, where a mother lost her two young sons in the bombing of the UNRWA school." Learn more

Two firms, and I assume many more soon, will now be using blockchain for giving and philanthropic purposes. One - GiftCoin - promises to "redefine the relationship between charity and donor by bringing trust back into the equation. Donors will be able to see the true value of their donations by understanding where and how they are spent." The other firm - CauseCoin - envisions a "new 'cause currency' economy," [where] nonprofits will thrive and be sustainable in a way that has never been achieved before."

Finally, an area where I'm particularly interested in is the intersection of Artificial Intelligence (AI) and Social Good programs. There's a nonprofit in London that's using Microsoft AI technology to help provide services to newly arrived refugees and victims of human trafficking by live translating what's being said without the need for third party human translators. AI is also being used to help predict and prevent poaching activity in Kenya. And here's a great article on the future of AI for philanthropy advice. How long until I can simply tell Alexa or Google Home that I want to donate to the charity I just saw on television?

As is often said these days, "what a time to be alive." While in many ways it can feel like we're just a few wrong moves from dystopia, Newton's law reminds us of that there's always the opportunity from an equal and opposite reaction. So for every Black Mirror dystopian concept, there's a White Mirror utopian idea waiting to be achieved as well. What's your favorite White Mirror positive, unintended consquence and counterpoint to a Black Mirror prediction?

Jason Rosado is CEO and Co-Founder of Givkwik - a purpose-driven software and services company that provides turn-key technology solutions for cause marketing and employment engagement programs. Please visit https://givkwik.com to learn more.