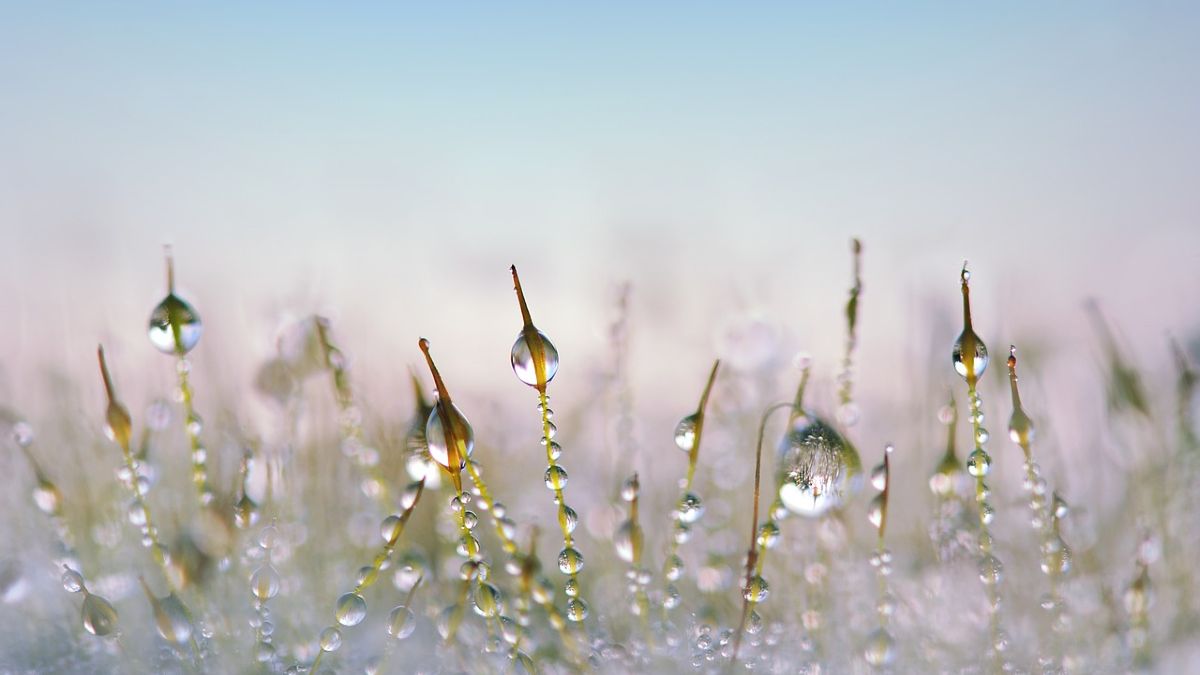 ARTICLE
Plant These Seeds In 2018.

Friends, we're coming upon the final days of 2017 and what a year it's been. Every day felt like there was a new issue, incident, controversy, disaster or, worse, tragedy. If you're like us, you're probably wishing you could have done more every day - if not, at least every month - to help make a dent to save this world for its future generations. But change doesn't happen overnight. Every action we take is like planting a seed for a forest to benefit future generations.

If you're feeling regret for all you could have done this year. Never fear. We pulled together this list of 12 causes you could have supported every month for the past year. If you missed the chance in a given month to try to make a difference, consider some of these causes below. What seeds will you plant for a better 2018?

The first month of the year saw the inauguration of the new President of the United States, who was previously caught on a live microphone boasting of his genital-grabbing behavior. That, among other unfathomable indignities, led to the rise of The Resistance, led, of course, by women. The day after the inauguration, all over the world, women stood up, marched and made their voices heard in record numbers. You probably marched, or at least wore that infamous pink hat, but did you give to the National Organization for Women, one of the oldest and largest organizations of feminist grassroots activists in the country?

February saw two political actions that confronted civil liberties and human rights. The new President abruptly announced a ban on transgender individuals participating in the military AND announced a newly imposed travel ban on Muslims coming from several countries. The American Civil Liberties Union (ACLU) saw record donations to continue to do the great work they do to "defend and preserve the individual rights and liberties guaranteed by the Constitution and laws of the United States." Did you help ACLU or just shake a fist?

In March, partisan political activity ramped up to the point that the endless pursuit by Conservatives to repeal Obamacare and push almost 35 million citizens out of the healthcare system got to one of its closest points in the year. Thankfully, the votes weren't enough to repeal but it's still not in the clear and access to healthcare is still being threatened for millions of people in this country. Did you donate to an organization like the Community Service Society whose Community Health Advocates program provides counseling for people about their healthcare options?

You'd be an April Fool to think April didn't have its share of controversies, but let's take a breather from the rage and celebrate how musicians like Joan Baez, Journey, and even Tupac who told us to "Don't Stop Believing" and "Keep Your Head Up!" In your temporary delight, you could have contributed to the Rock and Roll Hall of Fame Museum, but perhaps you didn't. That's OK, keep an "Even Flow" (like Pearl Jam, another inductee) and hit 'em up!

May - United We Dream

By May, almost half the year had gone by and Congress still hadn't made any material moves towards even voting on a clean DREAM (Development, Relief, and Education for Alien Minors) Act, leaving hundreds of thousands of "Dreamers" in limbo and still screaming "May Day!" Meanwhile the anti-immigrant rhetoric about walls and travel bans only seemed to increase. It was enough to make you wanna holler too, but did you donate to United We Dream, the largest immigrant youth-led community in the country at the forefront of pushing our elected officials to pass a clean DREAM Act? It feels like the window on this issue is closing, pushing more young people back into the dark corners of our vibrant society, so maybe now's the time to dream up a donation?

What better thing, in the Year of the Woman in the month of June, to have one of top grossing films be the long overdue Hollywood blockbuster, Wonder Woman? You, and many others, ran (not walked) to the movie theatres in record numbers and it proved a lot of things about female-directed films and movies with women in leading roles in action films. You probably spent too much money on IMAX 3D tickets, popcorn and that cool new superheroine tiara but did you think about donating to an amazing organization like the Footage Foundation which supports young wonder women in amplifying their voices and communicating their experiences using local technology and media arts?

In a rather perplexing act, the President tweeted an edited wrestling video of himself attacking 'CNN' for allegedly perpetuating "Fake News" about him and his administration. If the thought of a President making thinly-veiled threats against the free press using metaphorical violence was enough to send chills down your spine, maybe you could have donated to a nonprofit news organization like ProPublica, whose mission is to "expose abuses of power and betrayals of the public trust by government, business, and other institutions, using the moral force of investigative journalism to spur reform through the sustained spotlighting of wrongdoing." If you felt like dropping a people's elbow on a certain someone but then realized that would probably get you on some Secret Service shortlist, maybe it's just simpler to make it rain on ProPublica.

In August, Hurricane Harvey hit and you probably donated to great organizations like the Houston Food Bank or the Red Cross to help the recovery efforts. But you know what also happened? That infamous Google manifesto that created its own tsunami of opinions and laid bare the issues of the lack of diversity and inclusion and income equality in the tech world. That screed probably raised the hairs on the back of your neck and had you retweeting and sharing think pieces, but did it get you to donate to an amazing organization like New York On Tech which works to create pathways for young people of color into technology careers? That would have made lemonade out of lemons.

At the very end of September, Congress focused on yet another attempt to repeal Obamacare and let the funding for another critical program helping children lapse. The Childrens' Health Insurance Program (CHIP) covers 9 million children nationwide. CHIP helps lower- and middle-income families that otherwise earn too much to be eligible for Medicaid. Besides children, it covers 370,000 pregnant women a year. But until Congress renews CHIP, states are cut off from additional federal funding that helps these families. CHIP has had broad bipartisan support but now politics being what they are, you're probably appalled. Channel that negative energy into a donation to the Children's Defense Fund, who are working tirelessly to solve this issue--and many others--for children.

The weather was still kind of nice in October, but it was devastating to the people of Puerto Rico. Hurricane Maria devastated the island, downing trees and powerlines, and to date much of the island STILL has no electricity. You were probably motivated to help La Isla Del Encanto in its time of need, but as we are now in the holiday season, why not give a little extra? Consider another donation to the Puerto Rican Family Institute which has been collecting donations and coordinating volunteers since before the hurricane even touched the island.

Instead of getting your mind and body right for a Thanksgiving feast in November, you were probably (like us) shaking your fist and screaming "Not again? Whyyyy?!?!" when you heard that a gunman shot and killed 26 people and injured 20 more at a church in Texas. For all the talk of innovation and disruption and self-driving cars, why can't we seem to solve this issue of gun violence in our country? Well, if you didn't do something about it last month, how about helping an organization like Gun by Gun which is, at least, trying to chip away at the excess guns on the streets by crowdfunding gun buyback programs in cities around the U.S.?

In perhaps and, hopefully, the final injustice of this woeful year, the Federal Communications Commission (FCC) in a 3-2 vote decided to end Net Neutrality regulation in favor of an internet "unfettered" by regulation. Many interpret this to mean that Internet Service Providers will now be free to throttle people who tend to use a lot of broadband (by doing something like, oh, Netflix and Chilling with your bae on a cold December day) or forcing small businesses to pay more to access more of the internet. Well, the good folks at the Electronic Frontier Foundation are just as frustrated by this as you are by this news, and aren't going to stand for it. Maybe you should follow their lead, and hook them up with a little extra in their digital stockings this holiday season.

That's it. 12 months, 12 causes you might have missed this past year. In many ways, 2017 felt like several hard slaps across the face. But to many more it was a chance to focus even harder on the objectives at hand and help people who really need it. So, get up off that chair and keep fighting. 2018 needs you!